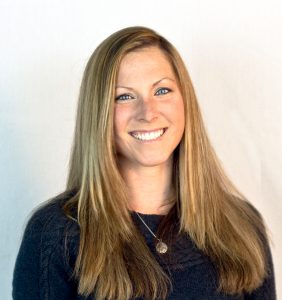 Inspired by her mother, who she lost to cancer at the age of 14, and by the bravery of the firefighters on 9/11, Quigley began studying nursing but soon shifted to her passion and became a firefighter at the age of 26. She has been actively fighting fires at her local station since then and has been deployed with Wildland Teams to California and Washington for two seasons. As co-host of The Morning Show on WLTN Mix 96.7, she brightens the air with her bubbly personality and is known to invent “quiglyisms,” or her own words, on an almost daily basis.

Quigz is an active supporter of the NATIONAL FALLEN FIREFIGHTERS FOUNDATION, a national organization that assists the families of firefighters injured or killed while on duty.

Having spent a large portion of her life challenged by and overcoming the difficulties associated with both a learning disability and raising herself after the loss of her mother, Quigz always keeps a positive attitude and lets nothing stop her from accomplishing her goals. She has been a motivational speaker on several occasions, specifically focusing on troubled children and at-risk youth who have lost their parents, as well as children with learning disabilities.

Quigz is currently spearheading a statewide support organization for female firefighters, addressing the issue women in this career field face on a daily basis as a minority in a male-dominated environment. She feels strongly that a woman is physically and mentally capable of doing all of the same duties as that of a man. She wants to decrease the rate of sexism in this field, which is something many people never speak about.